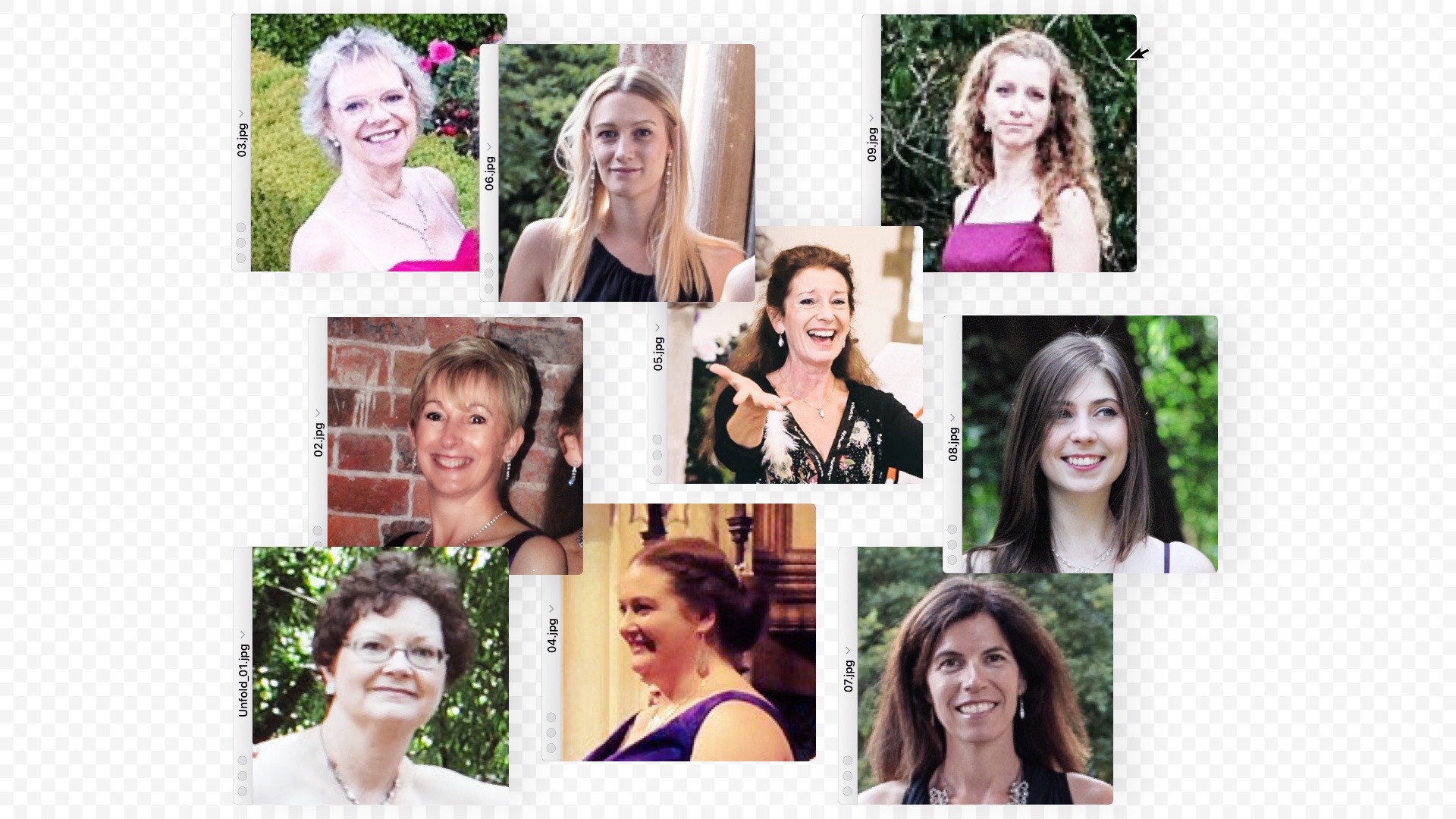 By La Nova SingersMay 5, 2021No Comments

How does a choir sing together when its members can’t be in the same room? La Nova Singers went digital – and reached our biggest audience yet!

In June 2020, during the Covid-19 lockdown in the UK, we released our first virtual choir video. The performance of ‘Where the Gentle Avon Flows’ (also known as ‘Elizabethan Serenade’) was created by blending eleven separate videos together, with each singer performing in their own home. We posted it on YouTube and 11 months later, it is our most-viewed video – with over 5,300 views. Commenters told us that our singing has inspired and comforted them in difficult times. We didn’t expect that our attempt to keep making music during a global pandemic would touch so many, but we’re glad it did. Now we’re hoping to inspire other choirs and music groups to give it a go!

What are ‘virtual choirs’?

The ‘virtual choir’ concept was popularised by American composer Eric Whitacre. He was inspired by a video that a fan had sent him, where she had filmed herself singing. Whitacre imagined using the same digital technology to combine the voices of people all over the world. His first virtual choir project, in 2010, featured his composition ‘Lux Aurumque‘, and involved 185 singers from 12 countries. With each project, the size of the choir grew; as did the creative artistry in the video editing by professional collaborators. Whitacre’s most recent virtual choir project features a song he wrote especially for the Covid-19 pandemic, ‘Sing Gently’.
(Find out more: Eric Whitacre on BBC’s ‘In The Studio’). 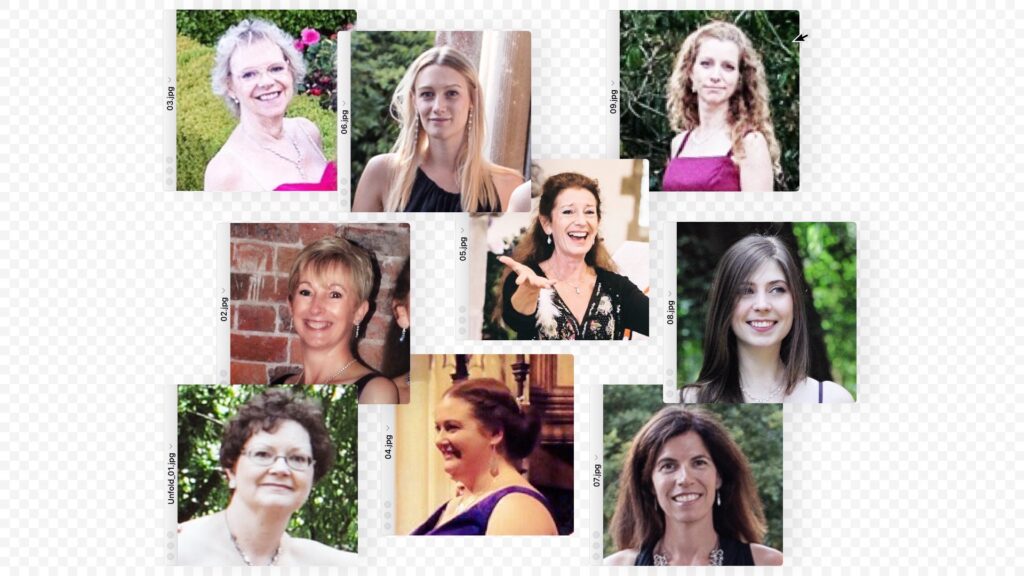 How is a virtual choir video made?

These are the five steps that we followed:

1. Create a backing track or guide track
We hired our pianist Christine Langton to perform the piano accompaniment. Christine is a key member of the LNS team, so it was great to have video footage of her to include in the video, too. You can make your guide track with just the audio if you like.
The backing track determines the tempo of the piece, so your choir’s conductor may want to discuss this with the pianist first. You can also use a pre-recorded backing track, but make sure you have permission to use it in your video.

2. The singers record their parts
Each singer needs access to two devices – one to play the backing track, and one to record their performance. They will also need to use headphones, so that the backing track can’t be heard on their recording. We found it was best to play the backing track using a mobile phone, and record using a second phone, a desktop computer (Mac or PC) or a tablet (iPad). Choose a quiet place to record, and think about what will be visible in the background of your video. Because our MD Michelle was only filming her conducting, and not recording sound, she was able to use her beautiful garden – which really added to the pastoral feel of our finished video.

3. Putting it all together – synchronising the audio tracks
Each singer sent their finished recording to Josie, who is a creative wiz as well as a talented soprano! She used Adobe Premiere Pro video editing software to line up all the audio tracks, so that they would play at the same time. Because we’re a small choir, Josie was able to do this by ear, listening to each track and moving it to match the backing. For larger groups, it might be useful to include a marker on the guide track – such as a clap – that each singer has to replicate.
If you don’t have access to software such as Adobe Premiere Pro, there are free tools that can do similar things – some examples are Shotcut for video, and Audacity for audio editing. Editing the audio and video separately can make the process easier to manage.

4. Creating the visuals
Adobe Premiere Pro has the ability to put many video clips onto one screen, and have them play simultaneously. They can be arranged however you want: Josie chose to have the singers tiled on the right side of the video, and our conductor Michelle on the left. Some choirs have had their singers superimposed over other backgrounds, fading in and out, or moving around the screen: the possibilities are endless! However, don’t let it discourage you if you don’t have the time or the technical know-how to create something complicated. If your sound is good, your audience will still enjoy a simple video.

5. Share your virtual performance with the world!
We uploaded our finished virtual choir video to YouTube first of all, but then also added it to our Facebook and Instagram channels. We tweeted about it, sent out a newsletter with the link, and our singers shared it on their social media and with their friends and family. This initial burst of interest meant that YouTube’s algorithm was soon recommending it to viewers outside our usual audience, especially to those who had watched other performances of the ‘Elizabethan Serenade’.

We also added captions to the YouTube video: these can be useful for those who are hard of hearing, or for people who find English difficult to follow. You never know who is going to want to watch your video, so think about making it accessible where you can.

More resources to help you create a virtual choir video

Making Music, the membership organisation for leisure-time music groups, have some fantastic resources on the process of making a virtual performance – from how your members can make the best recordings possible, through to editing and beyond. We highly recommend joining if your group is not already a member – and if you are a member, just log in, and search for ‘virtual choir’.

Other Virtual Choir videos to enjoy

We couldn’t end this post without sharing some of our favourite examples of virtual choir videos.

International Women’s Day 2021: ‘Here in My Heart’ by Sarah Quartel 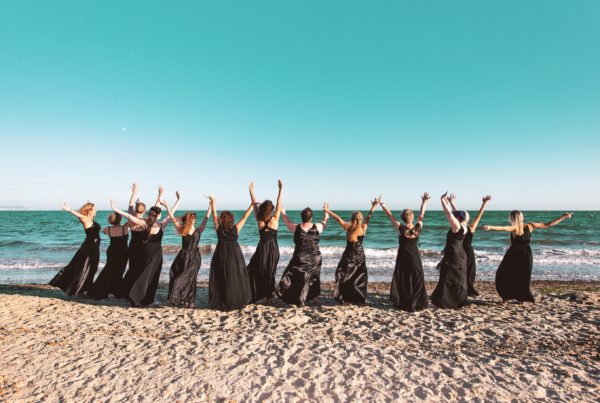 Adopt a Composer – The journey begins!

We are a Dorset choir performing beautiful classical music in concert. We also sing for weddings, conferences and charity events in Bournemouth, Christchurch and Poole; the New Forest; and across Dorset and Hampshire.